E-mail me here! … Or visit My Facebook page – where you can follow for updates on my writing 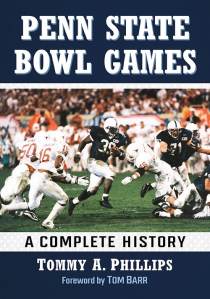 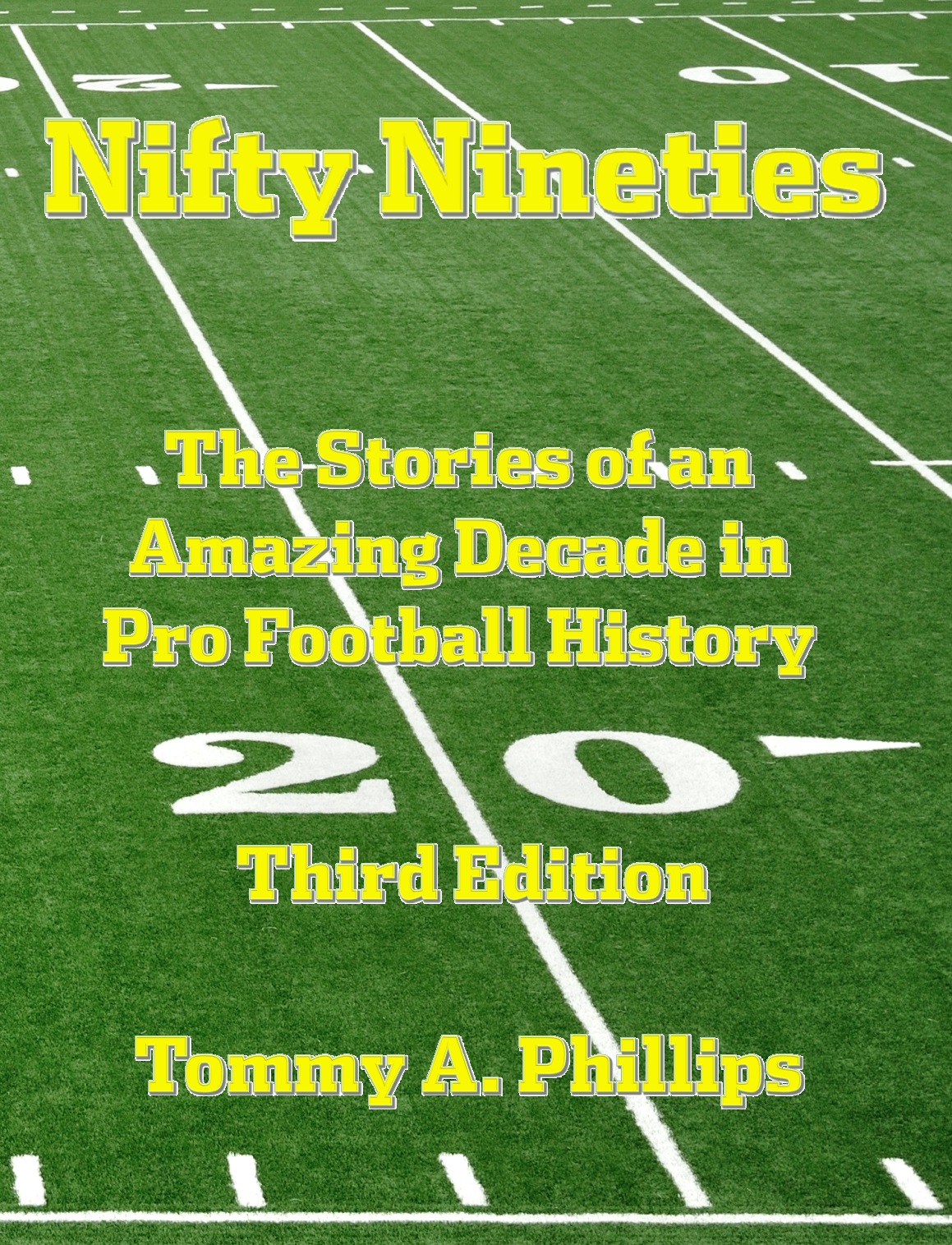 These are my books. Click on the images of the books to take you to their Amazon pages, where you will have the option to buy them. They are available in both paperback and Kindle form. If you buy the paperback, you get a free Kindle version to go with it. (Let me know if Amazon doesn’t give it to you; I’ve had some trouble with it in the past.) My available books are:

Great Eighties: A Journey Through Another Exciting Decade in Pro Football History

The eighties were the decade of Prince, George Michael, Phil Collins, and Huey Lewis. As for the NFL, they were also the decade of Montana and Rice; Elway, Marino, and Kosar; Parcells and Simms; Gibbs and Riggins; Dickerson and Allen; and of course, the Super Bowl Shuffling Bears. This comprehensive book inserts you back into the NFL in the eighties, letting you relive over 200 total games during the decade, from opening kickoff to the final gun. It also settles the debates: Best QB? Best Super Bowl loser? Biggest MVP snub? Whether you experienced the eighties firsthand, or if you’d like to go back in time to before you were born, this book is your time machine back to one of the greatest eras of pro football.

Nifty Nineties: The Stories of an Amazing Decade in Pro Football History

We all have fond memories of the nineties, and even fonder memories of the pro football played during the decade. The NFL in the nineties had it all: Steve Young’s pinpoint accuracy, Brett Favre’s rocket arm, Emmitt Smith’s ball-carrying vision, Jerry Rice’s soft hands, and Bruce Smith’s thunderous tackles. This book covers nineties football tighter than coverage by Deion Sanders, with all the spice of a Barry Sanders run! This book includes full-blown play-by-play coverage of 185 games, including every single playoff game during the nineties, as well as the 75 most memorable regular-season games, from kickoff to the final gun. It also includes year-by-year stories from 1990 to 1999, rankings of the greatest players and teams, and a look at television coverage at the time. It even includes five life lessons I’ve learned from watching nineties football. You won’t find a more comprehensive book on the nineties anywhere. From offensive stars Emmitt Smith and Jerry Rice, to defensive stars Reggie White and Bruce Smith, to special teams stars Steve Tasker and Travis Jervey, this book covers the whole field. Whether you want to read about the Cowboys’ Super Bowls, or just the Browns’ lone playoff win, this book has you covered. There is something in this book for fans of all 32 NFL teams. It’s a touchdown!

Packers vs. 49ers: A Golden Rivalry

The Green Bay Packers and San Francisco 49ers have a unique and distinct rivalry. While not division foes, the Packers and Niners used to meet on an semiannual basis. Their rivalry became boiling hot in the nineties, when both teams won a Super Bowl, and they met in the playoffs four consecutive seasons. They then met three more times in the playoffs after the turn of the century. Join Tommy (a Packers fan) and Matt (a 49ers fan) as we look back at one of the NFL’s most underrated rivalries!

Sundays at the Masters: From Jack to Tiger

The Masters is the greatest golf tournament in the world. This book takes you shot-by-shot through the final rounds of many of the most famous Masters. They include: 1986, when Jack Nicklaus shot a second-nine 30 to come back and win his sixth green jacket; 1989, when Nick Faldo survived a playoff to win his first green jacket; 1995, when the tears flowed as Gentle Ben Crenshaw won his second green coat; 1996, when Greg Norman’s hopes were lost in the bottom of Rae’s Creek; 1997, when Tiger Woods burst on to the scene and claimed his record-setting victory; 2004, when Phil Mickelson finally broke through with a major championship; 2005, when Tiger’s chip on 16 rolled in and set the patrons into a frenzy; and 2019, when Tiger made his return to glory with his first major win in eleven years. You’ll read about all these famous tournaments, and more, in “Sundays at the Masters”!

Tribute to Troy: The Stories of USC’s Bowl Victories

The University of Southern California has one of the most successful football programs in the country. USC has been to 54 bowl games throughout its history. This full-color book chronicles each and every one of the Trojans’ 35 bowl victories, from the 1923 Rose Bowl in the very first game played at the Rose Bowl Stadium, to the highest-scoring regulation game in Rose Bowl history in 2017. Stories in the book include: The standoff between Penn State and USC’s head coaches in the 1923 Rose Bowl; the shutout against a highly-hyped Pitt team in the 1933 Rose Bowl; the shootout against Wisconsin in the 1963 Rose Bowl; O.J. Simpson carrying the team to victory against Indiana in the 1968 Rose Bowl; Sam Cunningham’s four touchdowns in the 1973 Rose Bowl; John McKay’s gutsy two-point conversion gamble in the 1975 Rose Bowl; John McKay’s final game with USC in the 1975 Liberty Bowl; a crazy high-scoring shootout in the 1977 Bluebonnet Bowl; the “phantom touchdown” in the 1979 Rose Bowl; Ricky Ervins saving the day in the 1990 Rose Bowl; a tidal wave of points against Texas Tech in the 1995 Cotton Bowl;; a wild ride of back-and-forth momentum swings against Northwestern in the 1996 Rose Bowl; Carson Palmer’s brilliance in the 2003 Orange Bowl; Matt Leinart leading the team to back-to-back national titles in the 2004 Rose Bowl and 2005 Orange Bowl; John David Booty and Mark Sanchez at the helm of three straight Rose Bowl champions from 2007 to 2009; the highest-scoring regulation game in Rose Bowl history in 2017; and many more! Each USC bowl victory from 1968 to present is described in full play-by-play detail. All the key players and big plays are included, with the whole stories of each game and not just the box scores. In addition, the stories of the entire regular seasons leading up to the bowl games are also included. More than 500 players are mentioned, mostly Trojans but also key USC opponents. Stories of the pre-television era bowl games from 1923 to 1967 are also included, in condensed form. This book is perfect for any USC Trojans fan who wants to find out the whole history of their beloved football team. It’s also useful for general college football fans who would like to read the full stories of some of college football’s greatest games. It includes full-color photos from around the University of Southern California campus, the Rose Bowl stadium, and Los Angeles Memorial Coliseum. It’s the history of many of college football’s greatest bowl games, with a Trojan slant – enjoy the Conquest, and Fight On!