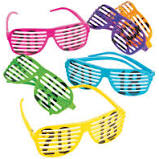 Colossalcon is now a thing of the past, having fallen out of favor due to various reasons, not the least being the fact that it’s impossible to get a hotel room there. So I’m going with Ohayocon in a tight race over Tekko. I love all my cons, but Ohayocon was a certain kind of special since it was a trip out of town.

One moment in specific, in fact. “Name a U.S. President who might like yaoi.” Number one answer: Bill Clinton. The room goes utterly nuts and there isn’t a single dry eye. Bonus points for the host giving the Steve Harvey grossed-out reaction to every President who was picked (Obama, Bush, JFK).

Unfortunately, I can’t remember what the name of it was, but it was actually two panels, both of which were excellent super-cute panels on cats in anime and cats in Japan. I learned a lot, and even found anime that I hadn’t heard of before. Just a couple of well-done panels.

This was a hard one to choose. I love Vic Mignogna and would have chosen him if I hadn’t met him several times before. Meeting Luci Christian and Bryce Papenbrook was also fantastic. But in the end, I had to go with Monica, because of Princess Nine. She even said that her character was “best girl.” I wholeheartedly agree.

I was stumped on this one for a while, but ultimately I went with the senile Joseph Joestar. Actually, even the non-senile one was a fun guy to watch. I really hope he doesn’t get killed off too soon.

Worst anime character of the year: Haruko from FLCL: Progressive/Alternative

She simply showed up for the sake of calling it “FLCL” even though it was pretty much just random scenes thrown together with the name “FLCL” slapped on top of it. She was pretty much pointless.

The rare anime I fall in love with every year, Princess Nine captured my heart and won me over as a fan. Just like Shangri-La last year, it will never see a continuation, but that’s okay. It’s perfect the way it was.

Because even the worst Hunter x Hunter episode is better than most of the other stuff that’s on Toonami. Now hurry up and finish this arc!

That episode was just absolutely hilarious. What a great episode!

New Year’s Resolution: To keep this blog alive and well.