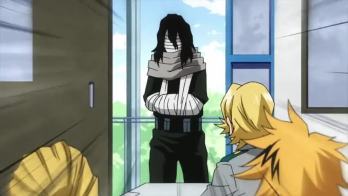 Not much happened in this episode. We get a little bit about All Might who apparently has had years cut off his life, or more accurately, minutes cut off his transformation. We find out that Aizawa is going to fight through his injuries to show up for class. And we also find out that the Olympics have been rendered moot thanks to all the quirks in the world.

That last bit is actually a real-life scenario. Dozens, if not hundreds, of Olympic medals in the last 20 years have been stripped from their original winners due to doping, steroids, performance-enhancing drugs, and the like. So in a way, “quirks” have led to Olympic championships being rendered moot thanks to cheating. Even Usain Bolt, the Jamaican sprinter who holds the 100-meter and 200-meter world records, lost a gold medal thanks to one of his relay race teammates being caught doping.

Getting back to the show, I don’t think it was the writers’ intent to make a statement on the reality of sports competition, but I thought this was kind of funny how it reflects real life. In the meantime, I look forward to the sports festival and hope that something actually happens in it, unlike this episode. 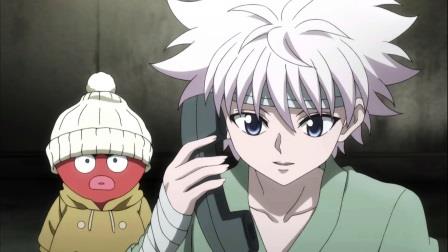 Morel outsmarts his opponent again, finding a way to escape the waves that the Ant is riding. But this battle was really boring and of no interest to me. I don’t understand why there’s more Morel on the show than there is Gon.

Speaking of Gon, he gets a couple of lines in this episode once Killua wakes up from his injuries. Gon is there just to wire Killua some money. Gon, could you please wire me some while you’re at it?

So now it’s going to be Killua and his new best buddy Ikalgo working together. That is a promising storyline. That’s what we need, not a bunch of Morels. (Don’t forget Palm acting out of character yet again.)

Character of the episode: Killua 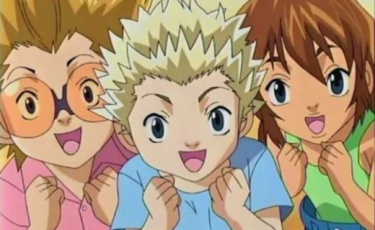 In the first of our two episodes this week, Sena decides to become a pro wrestler. You can guess how that turns out. Using his sheer determination and willpower, he’s able to stay in the ring against guys 10 times as big as him. That is enough to get Homer to want to play football again. Seriously, you can’t make this stuff up.

The second episode is about the Ha-Ha Brothers trying to figure out how to beat the Russian Roulette attack of the European team. They get frustrated and start infighting with each other. How does that get solved? The only way it can, with three kids who look exactly like each one of them coming up to them and saying that they’re heroes to them. Then they start to fight each other, and the Ha-Ha Brothers have to break it up. In the end, they discover the teamwork that they needed.