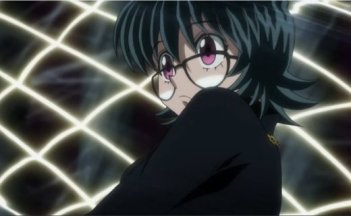 Sometimes I forget a character’s name, but not really. I knew Shizuku’s name, but I refused to believe it. Now I’m certain of her name after searching for it. In any case, Shizuku was exploited in this episode.

Look, I love fanservice as much as the next guy. But this episode was ridiculous, showing Shizuku in her underwear and the “Queen” in a bra. Was there any point in it, especially the Shizuku part? It was as if the writers read some smut fanfiction and then decided to hop on board by making Shizuku lose her clothes for a while.

As stupid as that was, I actually liked the episode, especially compared to the last one. It really is kind of a pointless distraction from the main course, but that’s okay, because the main storyline moves at such a snail’s pace that you are going to be bored out of your mind. Just trust me on this one.

Character of the episode: Shizuku