His and Her Circumstances episodes 5-6 review 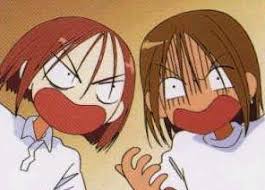 Aside from introducing the character Asaba to the cast, these two episodes were about as boring as it gets. Yes, it’s slice-of-life, but this was so slicy-of-lifey that there was no real movement to the plot whatsoever. I now know why I dropped this show after 6 episodes. Here we are, at the end of 6 episodes, and I have no desire to keep on watching. Sure, the first 4 episodes were awfully good, but now the series seems to be spinning its wheels.

Hopefully, things turn around soon, so I am able to enjoy the rest of this series. If not, it’s a long 20 episodes to go.

Episodes rating (out of four stars): *