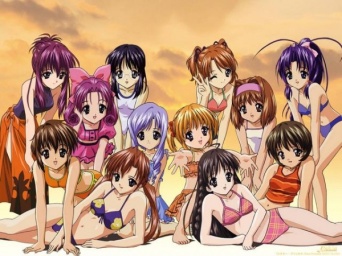 These five episodes proved to me for certain that Sister Princess is nothing more than a fun, happy, light-hearted, slice-of-life series. There’s nothing wrong with that. The problem is, with no conflict whatsoever, there’s no reason for me to be invested. Jojo has its problems, but it has lots of conflict, so I keep on coming back. But in this case, the lack of conflict makes it so that I just don’t see any reason to get interested in it.

Also, there hasn’t nearly been enough Hinako. She’s my favorite character, and she’s got pushed to the side in favor of some of the other, less interesting characters. I hope to finish up this series next week in order to start up a new one following my March vacation.