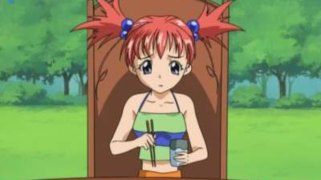 These episodes were okay, but the slice-of-life aspect of this show is causing it to seem as if every episode is the same. I liked how in the earlier episodes, the show tried to develop one character at a time. Now it’s trying too hard to feature all 12 sisters in a half hour, and it’s getting dull. The episodes blur together as a result, and I don’t really have much to say about them. Hopefully it changes in the upcoming episodes.