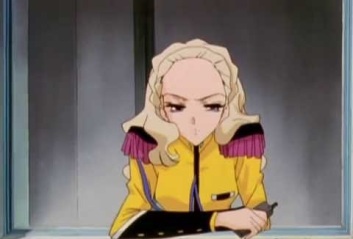 This must be Siscon Week, because now in 3 out of 3 shows that I’ve watched, the subject of brotherly love or sisterly love has come up. First, in Eyeshield 21, it was Suzuna’s brother who had something for her. Then, in Baka & Test, it was Akihisa’s sister who wanted to kiss him. Now, in Revolutionary Girl Utena, it’s focused heavily on Nanami, who has a thing for her brother Touga. Or, should I say, her supposed brother Touga.

The first two episode were cookie-cutter episodes that I really don’t have much to say about. But the last two were interesting, as they focused on Nanami, who finds out that her brother Touga is not really her brother. Should make things easier, right? After all, she has an enormous crush on Touga. Now everything is free between the two, right? Well, actually, no. Touga rejects Nanami, and then Nanami gets furious at him, and then it’s off to the dueling arena again. Honestly, this show isn’t very coherent; lots of subplots have no resolution onscreen, they just kind of work their way out without us ever seeing how. But at least I enjoyed the two episodes focused on Nanami, as I seem to always do.

Now it’s time for this show to end. Not that it’s bad, just that time is running out. 7 episodes to go, plus a movie. Utena will be gone before you know it! 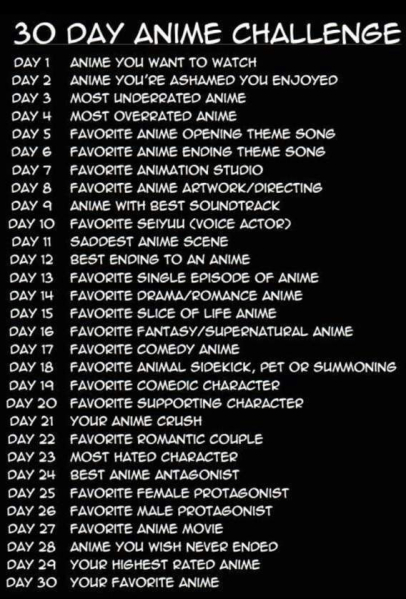 This one’s a lot harder than the previous one. It’s because I favor female characters over male characters. I know I’ve been picking a lot of InuYasha characters, but I think I’m going to do it again; InuYasha is my pick here. I love the way he goes “Haven’t had enough?” after an already-defeated enemy tries a second attack and he beats them again. There are very few protagonists who I care enough about that I don’t want them to die, and InuYasha is one of them. He helped make the show such a joy to watch, and that’s why I’m going with him. 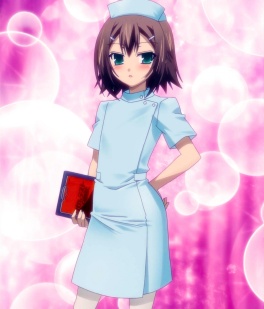 I’ve learned that with Baka & Test, it’s best when the series goes to full-on romantic comedy and forgets about having any sort of a plot at all. The episodes I enjoyed were the ones that were full of comedy. The jokes about breast sizes and genders and sisters and ponytails and nosebleeds and nurses… that stuff was great. When the series tried being a bit more serious in Episode 11, it really lost me. But when it stuck to just being funny, it was great. And I’m not going to bore you with episode descriptions, all I’m going to say is that if you like comedies (particularly romantic comedies), then Baka & Test is the show for you. Oh, and Hideyoshi is best girl.