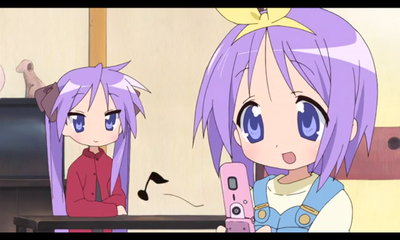 Unfortunately, I’m at that point where I realize that Lucky Star just isn’t for me. Sure, there are occasional laughs to be had, but overall it doesn’t have the charm I had hoped it would have. The funniest part of these two episodes was the Lucky Channel part where the one guy goes into a big long discussion about the word “tsundere.” That was actually funny, but not much else was worth much more than a chuckle.