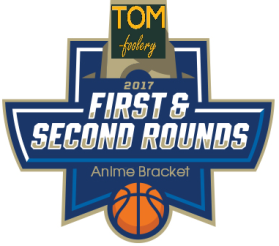 It’s time for the second round of the Anime Bracket! You know the stats… now it’s time to get down to business.

Rei’s got competition this year. Meiling is a very fierce opponent. She’s like Asuka, and of course Rei and Asuka are fierce rivals. If not for the Ayanami Raising Project, I might pick Meiling, but I can’t get over seeing Rei as a fast food waitress (and getting people’s orders wrong). That alone wins it for Rei.

The best villain in recent memory against the cutest girl in recent memory. And while I have nothing against villains, it’s almost impossible to go up against Rem after all she’s been through. Screw you Natsuki Subaru and your “I love Emilia.” Rem’s the girl you should be going for.

Asuka has a bit of a disadvantage: I’ve been putting off seeing Evangelion 3.0 forever. But actually, that might be an advantage for her, since I’m fixated on what I know about her already. Her body of work is pretty hard to beat. Kagome is a great character, don’t get me wrong, but ultimately I’ve got to go with Asuka here.

Is this the end of the line for another Shangri-La character? Kuniko goes up against a very tough Ryuko. In fact, Ryuko has been to the last two championship matches, only to lose both. This is where recency bias comes in to save the day for Kuniko. Both of these main characters are totally awesome, but ultimately I’m going with Kuniko’s boomerang over Ryuko’s Senketsu. And for the first time, Ryuko comes up short of the championship match.