It’s Valentine’s Day! This is officially my 33rd consecutive Valentine’s Day as a single. But these characters have been spending their time with their very special loved ones for years. Who are the best canon couples in anime history? Read on to find out.

Not my OTP, but these two became very cute as a couple as the series went along. I had to eventually give in and accept them as a pair.

9. Saito & Louise (The Familiar of Zero)

Again, not my OTP (Siesta >>>>> Louise), but you can’t deny that they have an interesting form of chemistry between each other (I’m being nice here). 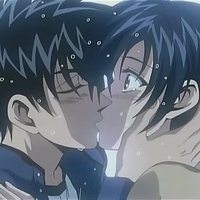 For the third straight time, not my OTP (I prefer Honoka), but given that they spawned a series named Fuuka, I’m giving them their rightful day in the sun.

7. Soichiro & Yukino (His and Her Circumstances) 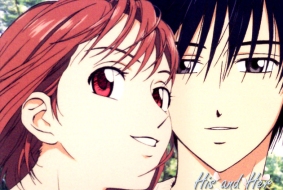 Ah, love. I never finished His and Her Circumstances, but it was as romantic as I’ve ever seen an anime. I got to get back to it and finish it.

If Temari could only just show up again sometime in Naruto: Shippuden, I’d be very happy! 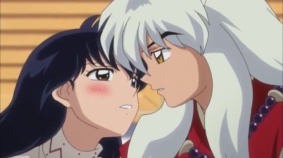 Well, of course. I shipped InuYasha x Kikyo, but Kagome eventually won my heart. She has a knack at doing that.

The “other” canon couple of Bleach. They are quite the pair themselves.

I shipped it from ep 1, and it paid off. The two got together, and now we have Boruto.

My first shipping in all of anime was these two. A great pairing, but it can’t quite beat my #1…

Gon’s father Ging is one of the worst fathers ever. That doesn’t get Gon off the hook for his stupidity, but Ging not only leaves his son and family behind, but he also then uses Nen in order to erase any hint of his existence. Gon, for his part, acts stupidly when given a chance to find out about his real mother. He chooses to give up on the chance to find out about her, which is unthinkable amongst normal human beings. And within seconds, the tape recorder erases itself magically (Nen can do anything!), and that’s that for Gon’s chances of ever finding out about his mother.

Where this ep gets interesting is when the two decide to try out the second thing that Ging left for Gon – a JoyStation memory card. It only works for a video game called “Greed Island.” Here’s the catch: finding “Greed Island” is nearly as hard as finding a NES Classic. Actually, it’s probably harder. And the only way to find this game involves Killua talking to his brother and convincing him to help him out in finding it.

In the end, conveniently, the only place to go is Yorknew City. That means that we are almost guaranteed to see Kurapika and Leorio again! I love how these coincidences work out like this. Now all our friends should be reunited again. Let’s hope that the quest for a JoyStation video game is more exciting than learning Nen.

Character of the episode: Killua